A sleek yet inviting setting awaits your guests, with 19-foot ceilings and floor to ceiling windows with views of downtown Rochester

Named for three of Mayo Clinic’s founders, the Doctors Mayo Hall is a ballroom-style event space ideally suited for weddings, receptions, corporate meetings, and social events. With 6,391 sq. ft. of event space and capacity for up to 690 guests, this elegant ballroom space is fully flexible and can be configured to fit your vision and preferences. 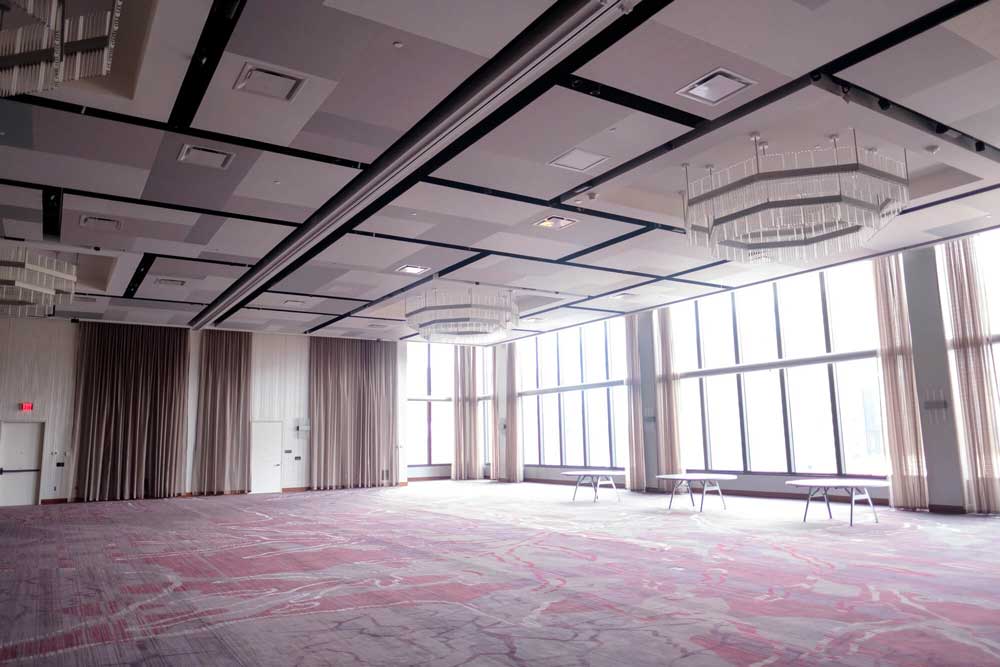 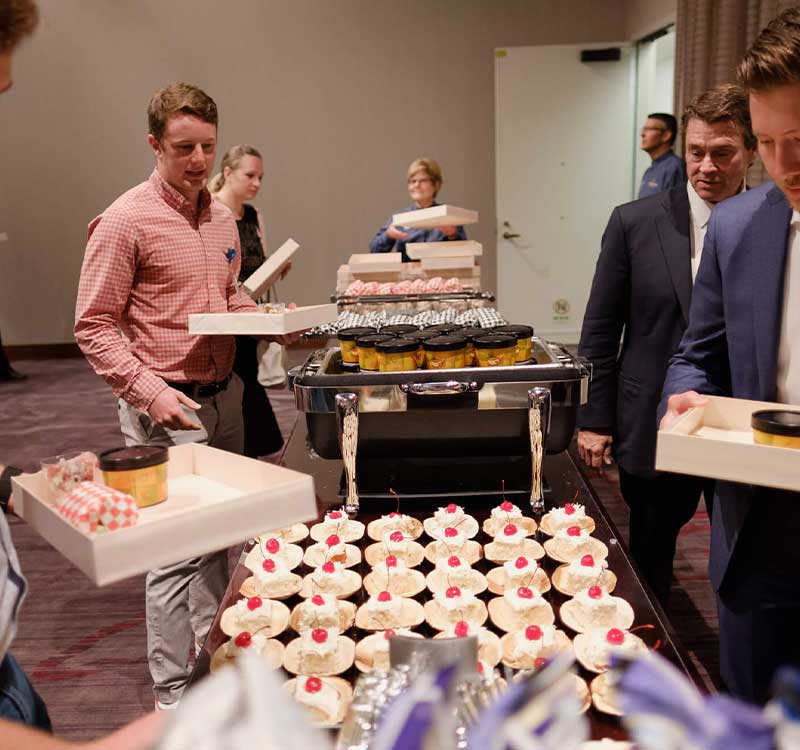 THE STORY BEHIND THE NAME

These expansive ballroom spaces are named for two generations of doctors who established the Mayo Clinic in the 19th century. The Mayo Clinic legacy begins with Dr. William Worrall Mayo, an English immigrant prominent in the Rochester community after the Civil War.

Dr. Mayo founded a local private medical practice, which his two sons, Dr. Charles H. Mayo and Dr. William J. Mayo, joined upon finishing their medical training. After a devastating tornado struck the Rochester in 1883, the doctors Mayo were approached by Mother Alfred Moes about establishing a hospital in the area. Thus, St. Marys Hospital was created, with both generations of Mayo family doctors serving as its physicians. 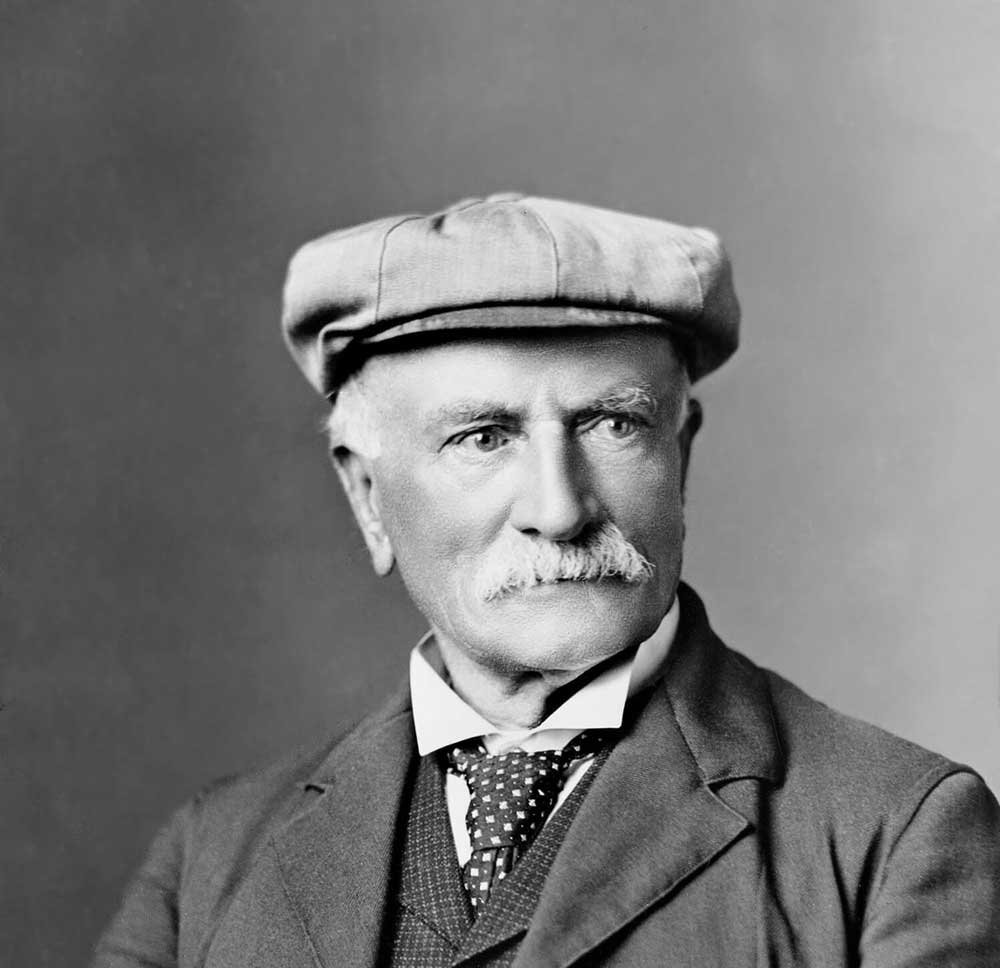 Contemporary meeting rooms for corporate events with 18ft ceilings and classic amenities serenated with the legacy of the Franciscan sisters.

With three breakout meeting rooms, fantastic views of the Rochester city skyline, and a convenient downtown location, J.Powers at the Hilton is the region’s premier meeting and events venue. Each fourth-floor Franciscan Sisters meeting room features 18-foot ceilings, classic amenities such as fine china, linens, and glassware, and complimentary WiFi throughout the space. With 2,368 sq. ft. of configurable event space and capacity for up to 235 guests, the Franciscan Sisters meeting rooms can accommodate your corporate event with space to spare. 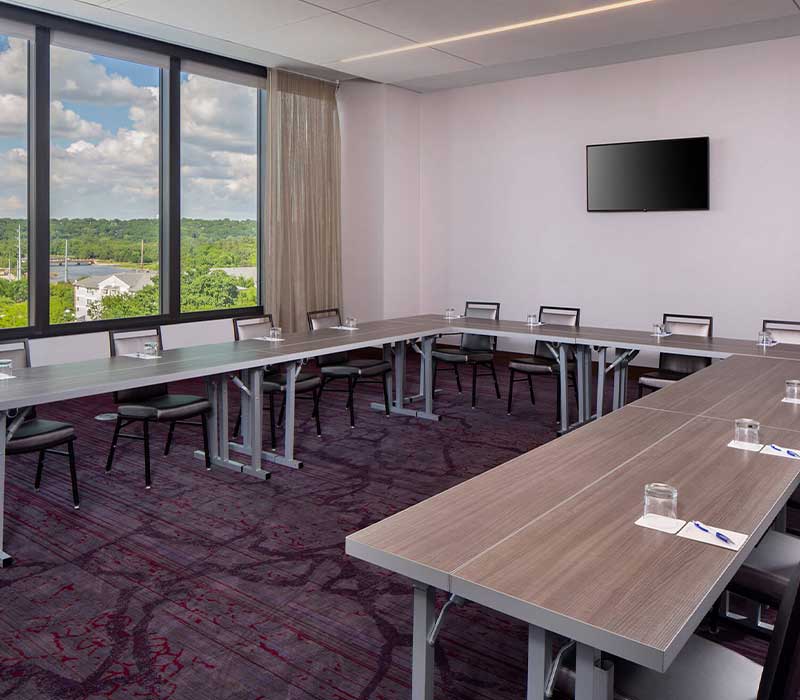 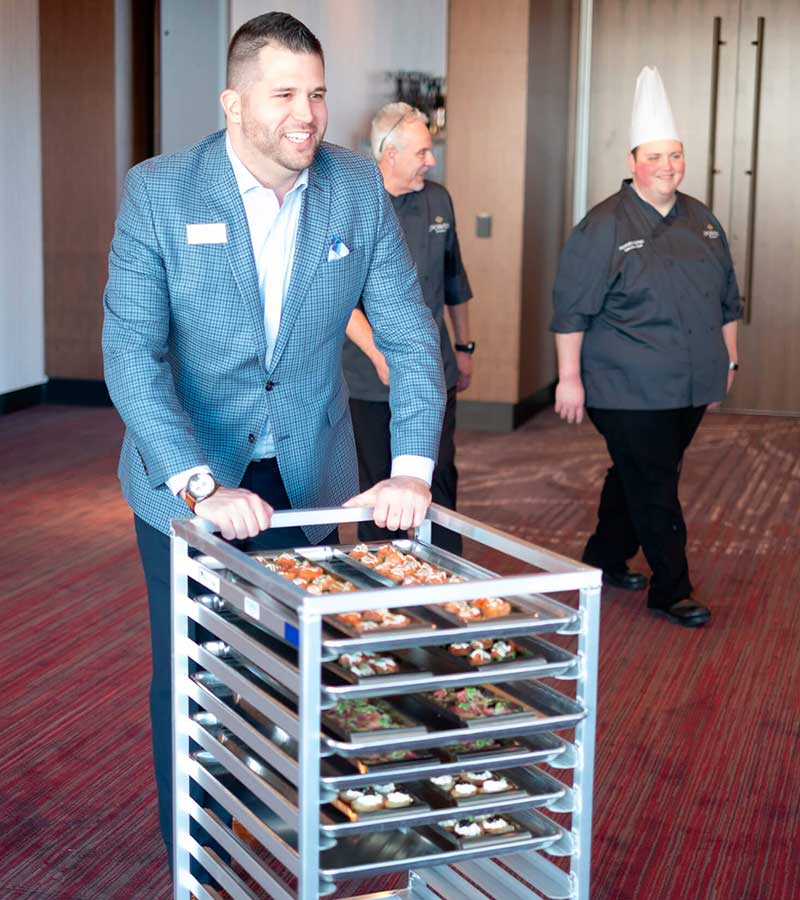 The Story behind the Name

Sister Generose Gervais, OSF began her tenure as administrator of St. Marys Hospital before establishing the Poverello Foundation — a ministry to help St. Marys patients cope with medical expenses. Sister Generose was vital to the integration of St. Marys hospital into the Mayo Clinic system, and a constant presence as a teacher and speaker until her passing in 2016.

More than a century ago, Sister Mary Joseph Dempsey, OSF became the administrator at St. Marys Hospital, where she would serve the Rochester community for nearly 50 years. Beyond her successful tenure as hospital administrator, Sister Mary Joseph was known for being the first surgical assistant to Dr. William J. Mayo, one of the seven founders of the Mayo Clinic.

Administrator of St. Marys Hospital for 22 years, Sister Mary Brigh Cassidy, OSF began her affiliation with the Mayo Clinic system as a student — herself a graduate of the St. Marys School of Nursing. Throughout her career, Sister Mary Brigh was known for her ambition and compassion for people, serving as the first female president of the Catholic Hospital Association and of the Minnesota Hospital Association. 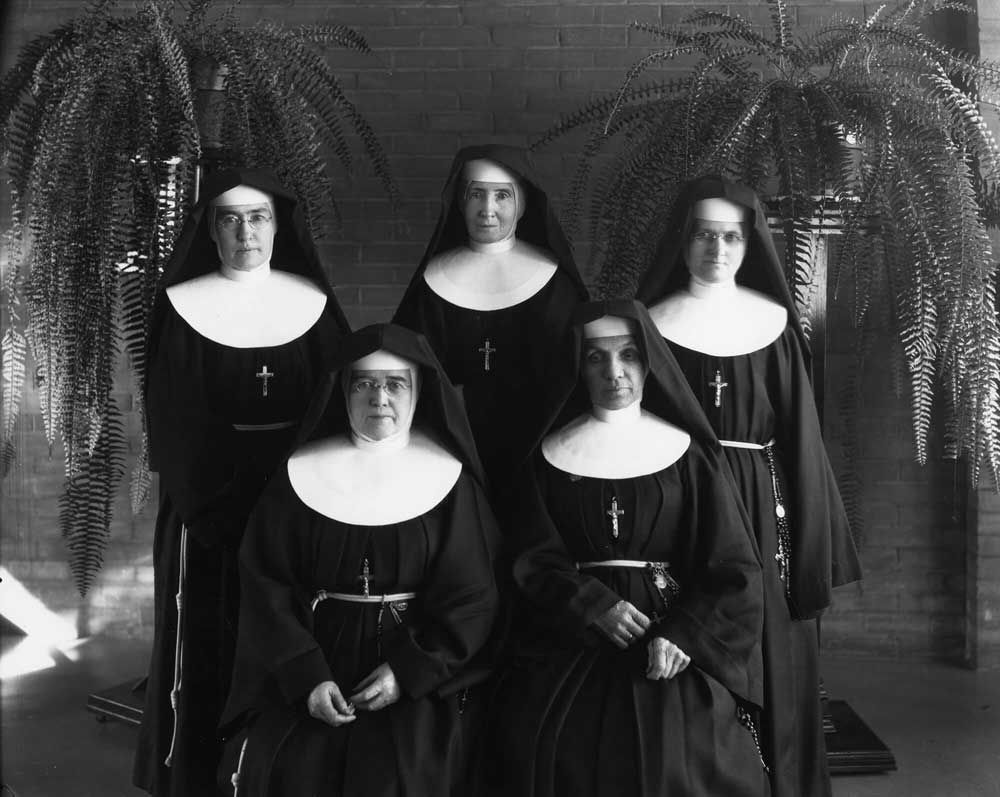 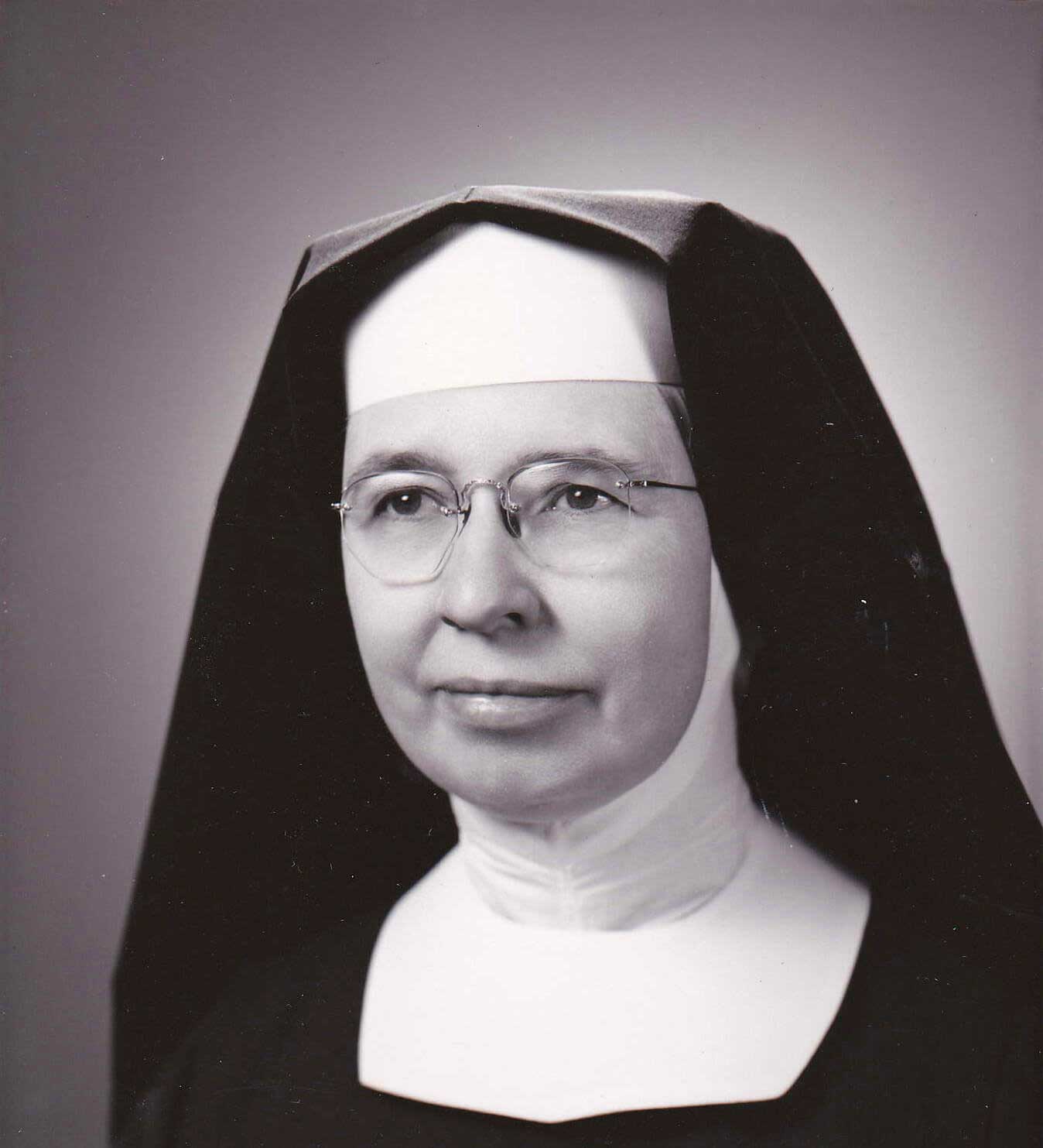 With 7,339 sq. ft. of event space and capacity for up to 800 guests, this elegant ballroom is fully flexible and can be configured to fit any style.

Situated on the third floor of the Hilton property in downtown Rochester, this event space features 19-foot ceilings, unique amenities, and stunning views of the city from floor to ceiling windows. This space is perfectly appointed for memorable weddings celebrations, as well as corporate and social events. 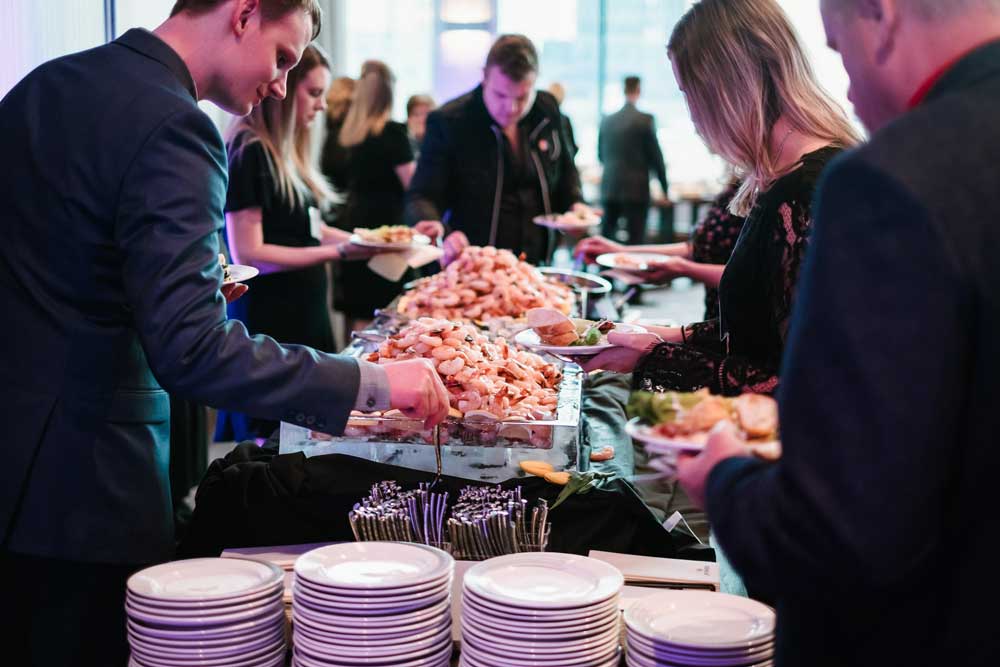 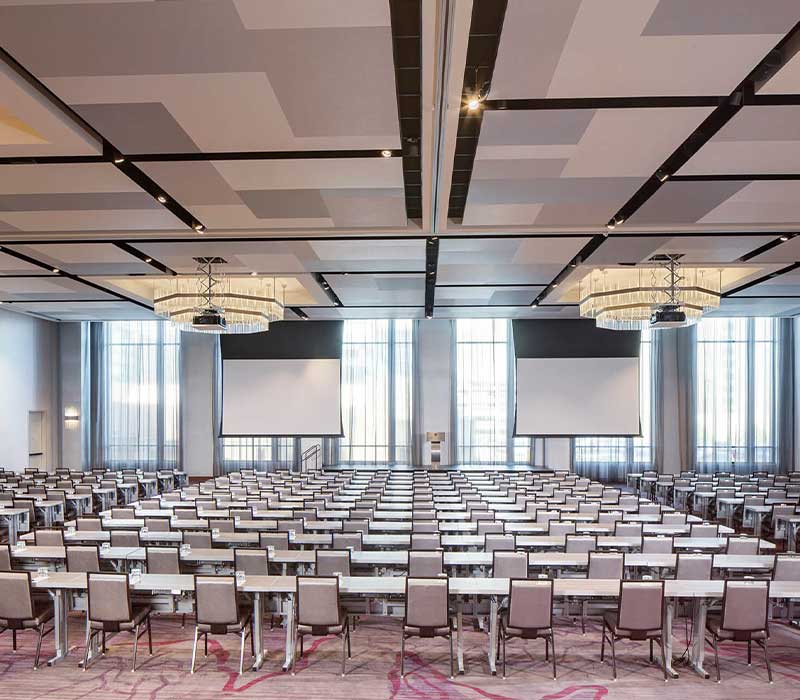 THE STORY BEHIND THE NAME

Our grand third level ballroom space is named for well-known neurologist, researcher, and former president and CEO of the nearby Mayo Clinic, Dr. John H. Noseworthy. 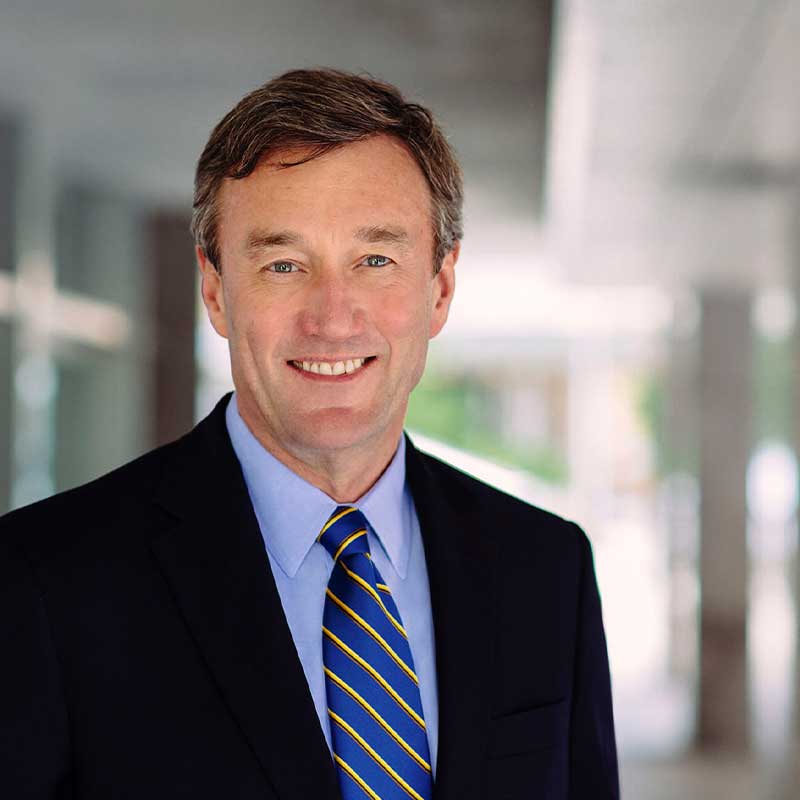 With glittering cityscape views and the sky as your rooftop, the Mother Alfred Moes Outdoor Terrace delivers a truly striking event experience.

With glass railings, live greenery, and atmospheric lighting, this fifth-floor terrace provides the backdrop for a gorgeous sunset photos or a picturesque evening toast. The Mother Alfred Moes Outdoor Terrace offers space for up to 400 guests or meeting attendees — well suited for wedding receptions and engagement parties, as corporate events and social gatherings. 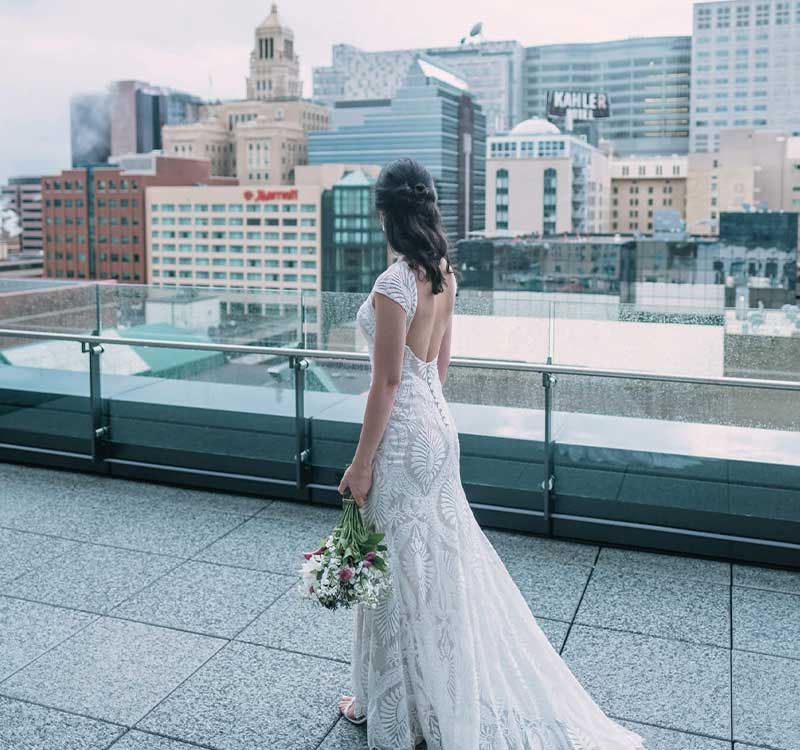 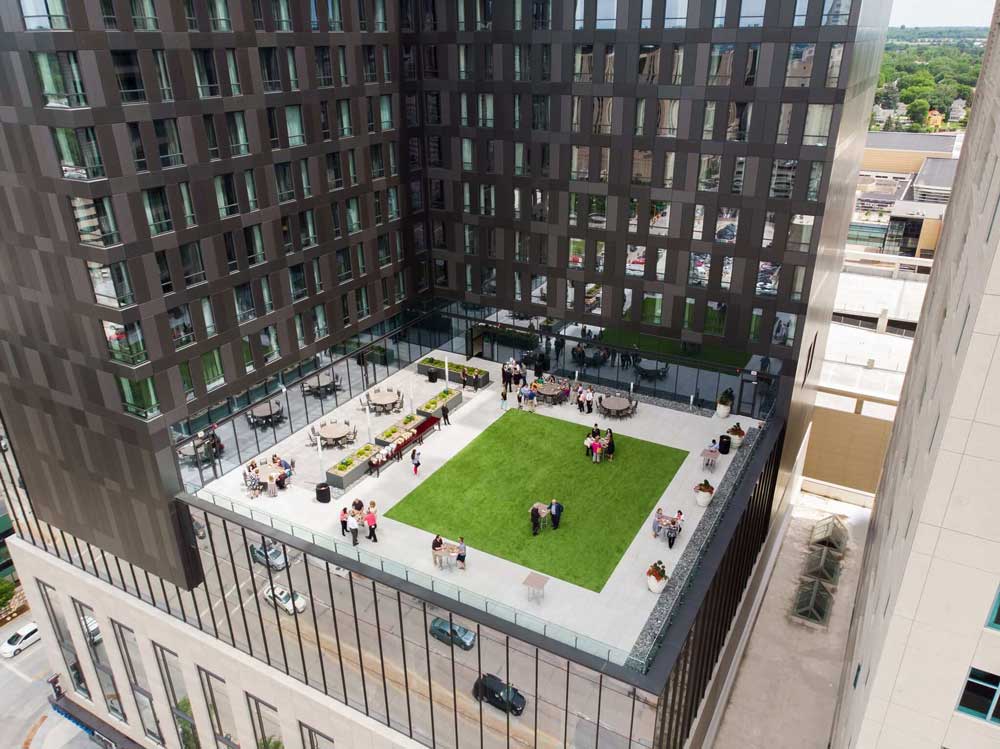 The Story Behind the Name

Our outdoor terrace is proudly named for Mother Alfred Moes, the late founder of St. Marys Hospital — a local hospital which later became the largest private hospital in the country, and part of the nearby Mayo Clinic system. Originally from Luxembourg, Mother Alfred led a life of service, providing care for orphans and teaching students all across the United States.

After a tornado caused destruction in Rochester in 1893, Mother Alfred proposed to Dr. William Worrall Mayo that she and her affiliated Sisters of Saint Francis would operate a hospital in the community if he and his sons would become its physicians. Together, they established St. Marys Hospital, still an important part of the Mayo Clinic system today. 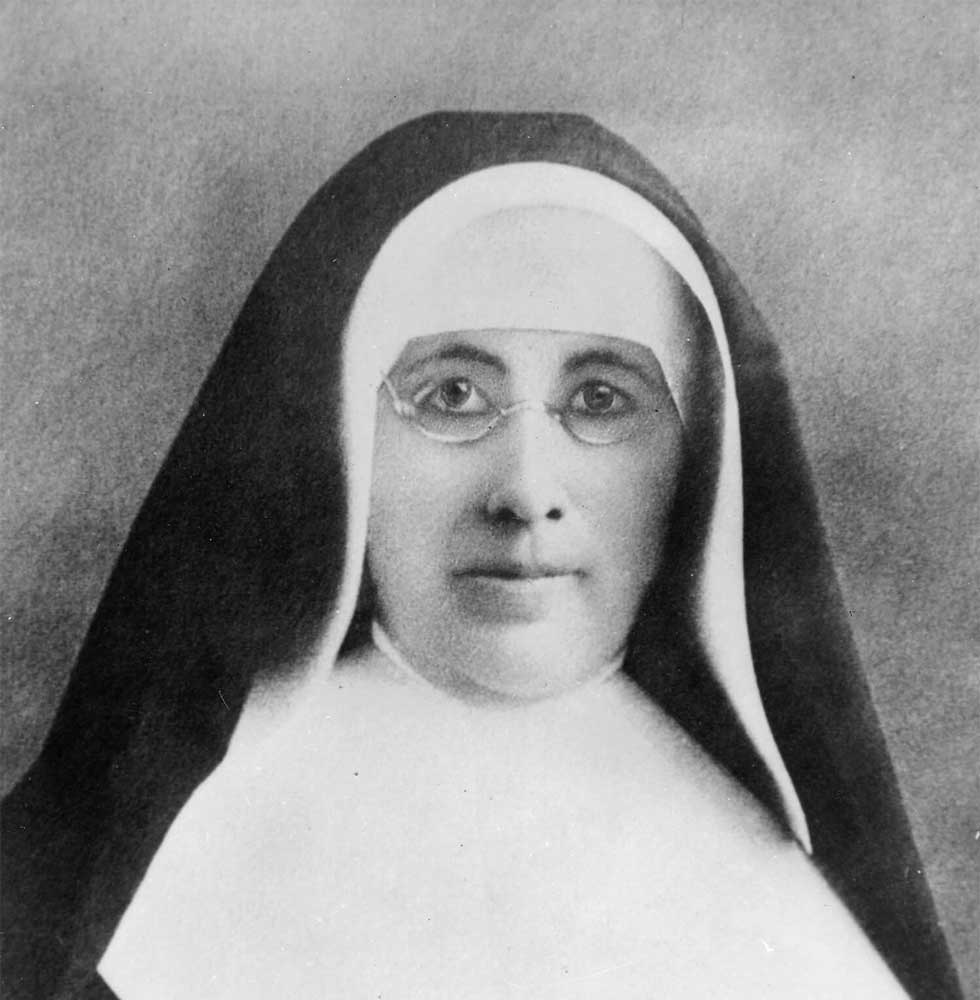